by admin
in Ripple
0

Currently trading at $47.1k, Bitcoin is up 14% over the week and has risen by 5.9% during the past 24-hours. Whereas, the Bitcoin has successfully negated almost all the year-to-date losses as the coin remains fractionally below year’s high of 47.9k. As per investing.com the highest level Bitcoin reached today is $47.4k.

As a consequence of Bitcoin’s recent stellar performance, the entire crypto market is on a bullish trajectory. As almost all the mainstream coins are currently in a green territory. Over the week, ADA, SOL and ETH have emerged as the biggest gainers, as the coins have grown by 32%, 22% and 15%, respectively.

XRP’s current price level is the highest since February 10th, when the coin hit $0.89. And, seemingly, that is where the resistance lies. At the moment while XRP has a support at $0.83, it is resisted at $0.90. During the past few hours XRP did hit $0.87, and is currently in a good technical standing as there is a key bullish trend line forming with support near $0.8380 on the 4-hours chart of the XRP/USD pair. Moreover, with the current price level XRP is above the 4-hours 55 simple moving average. 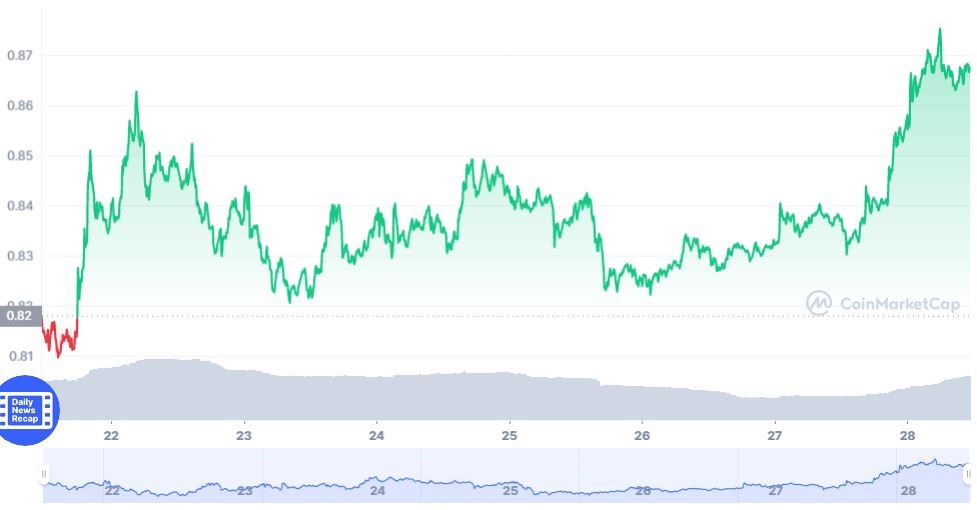 Given if the Bitcoin successfully surpasses the year-to-date high, XRP will also follow the course. A $50k mark for Bitcoin means $1.10 price level of XRP. Whereas on the contrary if the Bitcoin Crashes down back below $44k the next stop for XRP would be at $0.75.

The legal dispute between Ripple and the SEC regarding XRP continues to generate interest in the cryptocurrency community. Both parties...

The XRP token has recently been showing signs of growth, but it has not yet broken the resistance at the...

With a Latest Update, The Ripple Achieves a Major UNL Decentralization Milestone

The XRP Ledger, a decentralised layer 1 blockchain, is run by a community of developers globally. However, it has faced...

When it comes to storing your Fantom (FTM), it’s important to choose a wallet that’s secure, easy to use, and...

The market capitalization of Ripple’s XRP token has surpassed $20 billion, a level not seen since the FTX hit the...