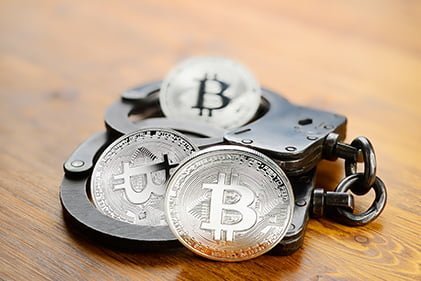 A US government agency seized more than $102 million worth of crypto assets since 2015.

Crypto use in payment systems and investment purposes is a very common thing but in this world, there are some bad actors, which remain active to facilitate scams or unfair activities with the help of cryptocurrencies. However, cryptocurrencies are better options to remain anonymous with financial activities but surely it remains always a better option to trace the activities of any person with the use of specific tracing tools.

Recently David Smith, U.S. Secret Service (USSS) assistant director of investigations, appeared in an interview with CNBC. In the interview, agent Smith talked about the success of the agency because of crypto against illicit users of cryptocurrencies.

Agent Smith told CNBC that the public ledger blockchain system is much better and the Agency uses this concept to trace the activities of people, bad actors use crypto in illicit activities.

“One of the guiding principles of the blockchain is that it is a public ledger that’s shared and everyone with a little bit of computing power has to access to it, including law enforcement,” agent Smith said.

“So the secret service hasn’t been doing anything that wasn’t the original intent of the blockchain. We’re just using the same tracking and tracing mechanisms that were intended.”

Agent Smith confirmed that the USSS agency seized more than $100 million worth of crypto assets, which includes many international operations against bad actors, Since 2015.

However there are some privacy-focused cryptocurrencies in the crypto industry but due to high-level use cases of Bitcoin and Ethereum-like assets, the majority of the bad actors choose Bitcoin-based payment methods.

Recently USSS detained a person, who was involved in more than 13 Ransomware attacks. For these illicit activities, he will spend his next 66 months in prison. In the operation, the agency seized around $1.7 million worth of Bitcoin.